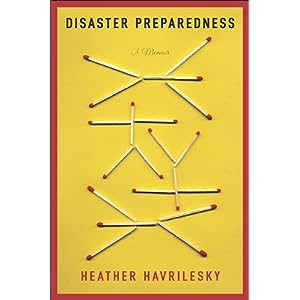 The day my book came out, December 30, 2010, my husband and I went on a rare shopping trip to find me a pair of jeans. I was thrilled to discover that denim technology has advanced drastically in the five years since I got pregnant for the first time. Miraculously, instead of weeping into my hands, “Cathy” cartoon-style, I found myself dancing a little jig in the dressing room, not because I looked incredible, but because I didn’t look half as awful as I’d expected.
So I had a spring in my step when we crossed the outdoor mall to the big chain bookstore. Maybe my book would be at the front of the store, on a table with other new nonfiction books! When we got there, though, the front tables were covered with sale-priced books and clearance-reduced bestsellers, and behind those were audio books. We rode the escalator to the second floor, where we found lots of gifts and cards and some cookbooks and photography books and “For Dummies” instruction manuals. Finally, on the third floor, past the giant e-reader display, there was my book, on a table marked “Biographies.”
Who knew I had written a biography? Did my book really belong on a table next to “The Rise of Theodore Roosevelt”? My memoir started out as an essay about my parents’ dissolving marriage. As I wrote more essays, I imagined that word, “Essays,” on its cover. But no one really likes the word “essays” anymore. People used to like “Stories” or “Tales” until those words started to seem a little downmarket, accompanied, as they so often were, by pink rollerskates or bunches of flowers or a bright purple stiletto on the cover. Once my book was finished, a few smart people at Riverhead Books, my publisher, noticed that it had a narrative arc and a resolution. Wasn’t it a memoir?
In a year or so, the word “memoir” will probably be frowned on, too, replaced by some other, more appealingly vague term. It’s hard to sell books. The wrong categories sometimes feel, to publishers, a little bit like bad jeans that make a perfectly good butt look impossibly huge and misshapen. And so here’s my book of linked essays with a satisfying resolution, next to a biography of a president who has been described as “a very symbol of the creative will in man.” I’m not sure whether to feel important or silly. And in a year or so, a book like mine might be called “first-person anecdotes” and placed with the self-help books, or the philosophy books, or the cartoons. But then, in a year or so, that chain bookstore might be a Cineplex or a three-story Cheesecake Factory.
As my husband and I walked out the doors of the empty bookstore, we were hit by a wall of terrible sound. A triumphant orchestral piece with some kind of “Happy New Year and Joyous Homicidal Season To All!” was blasting through all of the outdoor speakers at the mall, and the big fountain in the center of everything was dancing along, Vegas-style. People had stopped dead in their tracks, in awe, staring at the fountain, holding up their cell phones to take pictures and videos of its undulating rivulets, the water version of a Rockettes finale. Those words on the book covers inside the bookstore seemed small and unimportant, compared to this aquatic spectacle. People like dancing water a lot better than books these days.
I always wrote but I never wanted to be a writer. I wrote in journals when I was little because I was lonely and I wanted to feel understood, to understand myself. I took a nonfiction writing class in college because it seemed like an easy A, and then we had to vote which essays we liked the best and everyone liked mine best, all of them. My father found out and told me, “This is your calling.” But I wanted to write songs and play guitar on stage, with people watching me. I wanted to be a spectacle. I took a writing class when I moved to San Francisco, and my teacher told me that I should quit my job and become a writer. I wasn’t sure what that meant, or why anyone would spend their whole life writing, alone in a room, with no one watching.
When you’re young, you take your gifts for granted. But as my husband and I weaved through the throngs videotaping automated water hoses, I felt so grateful. I am 40 years old and I am not a spectacle. I am a bunch of strange stories in a book that doesn’t have a purple stiletto on the cover, sitting on a table in the far corner of a gigantic, empty bookstore. I have a husband who got even more excited than I did when he spotted my book on that “Biographies” table. He pulled out his cell phone camera and took a photo of my books with such joy, you’d think that that those books were water, dancing to usher in a wonderful new year.

The small spectacle moments of publishing a book – doing interviews and readings – are probably what I would’ve looked forward to the most, back when I was lonely and couldn’t possibly get enough attention to make up for all of that loneliness. Now, I really just want to muddle through without sounding stupid, just as I want to buy a new pair of jeans not to look sexy, but to avoid looking bad.
As someone who’s written professionally for websites for fifteen years, though, what I really love is having this book in my hands instead of glowing on some computer, threatening to disappear. I can give my book to someone and say, “Read this.” They might put it on their shelf, high up, and never get to it, but it will still be there, waiting. Someone might find it and enjoy it a century from now, if aliens shaped like dancing water fountains don’t take over the planet before then.
But when people say, “Oh my god, your book is out! Congratulations!”, I feel ambivalent. I want to feel proud of myself.  But mostly what I feel proud of is my husband, the fact that I could be loved by someone who’s more excited about my accomplishments than I am, someone who looks after our young daughters those mornings that I’m writing, who is downstairs right now running around the house with the two of them, shouting and singing and working them both into a giggling state of hysteria. The reason I finally fell in love with writing, after taking it for granted for so long, was that I met my husband and I finally felt happy and secure enough to focus on a book. And once I started to focus, I started to recognize how, only through writing would I ever be able to capture the little things that make life so sad and so glorious, to hold them close and keep them forever. That’s when I started to love writing itself – not the idea of having written something, or becoming “an author,” or selling books, or transforming myself into some form of human spectacle – but the actual process of writing, alone in a room, with no one watching.
Expressing the beautiful and heartbreaking details of a life is tough, at least as tough as taking a really good cell phone video of a water fountain. But it’s worth it. Even if the focus is off and the picture is a little blurry and the soundtrack isn’t that clear, it makes me happy. – Heather