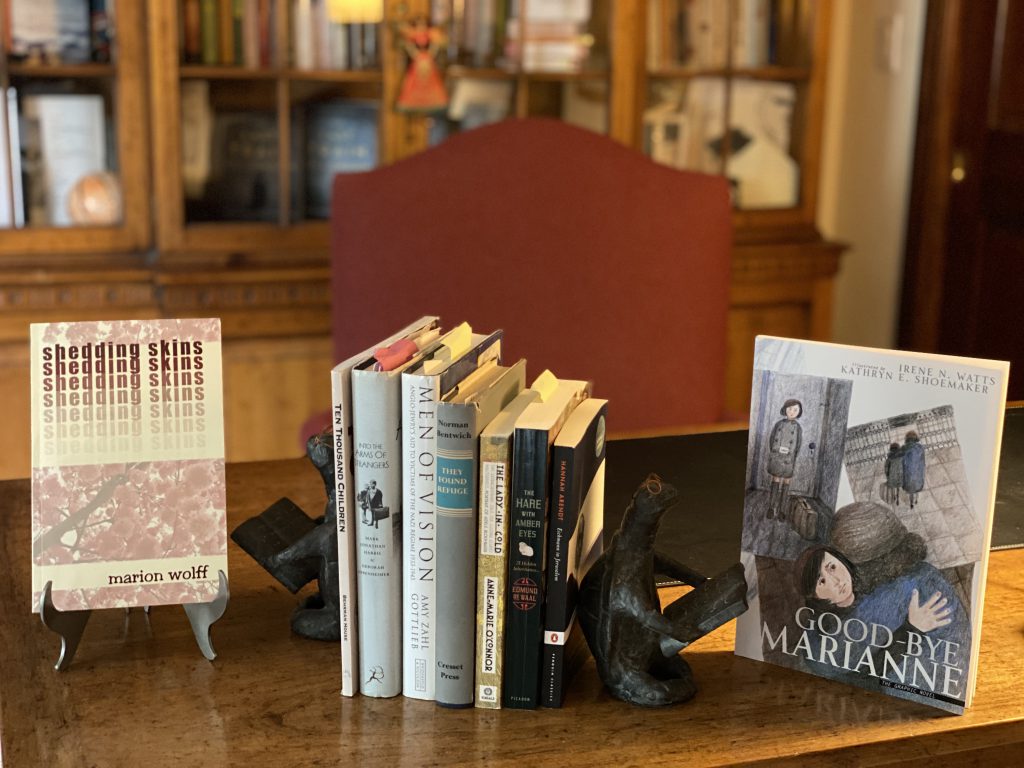 I share many of my research resources for The Last Train to London in the acknowledgments at the back of the novel. Here, I’d like to call out Truus’s book, a few particularly helpful books and films on the kindertransports, writings by people rescued in the effort, and a documentary that has an interesting relationship to Truus. The last allows me to end this page on a wedding. So Jane Austen fans will cheer!

Readers of Dutch might enjoy Truus’s Geen Tijd Voor Tranen, my primary source for trying to bring the spirit of this extraordinary real hero alive again. Jenny Tuytel, who plays Truus in the Dutch play “Tante Truus & Mamie Mies,” brought this copy to a John Adams Center event I did in Amsterdam. It’s signed by Truus! 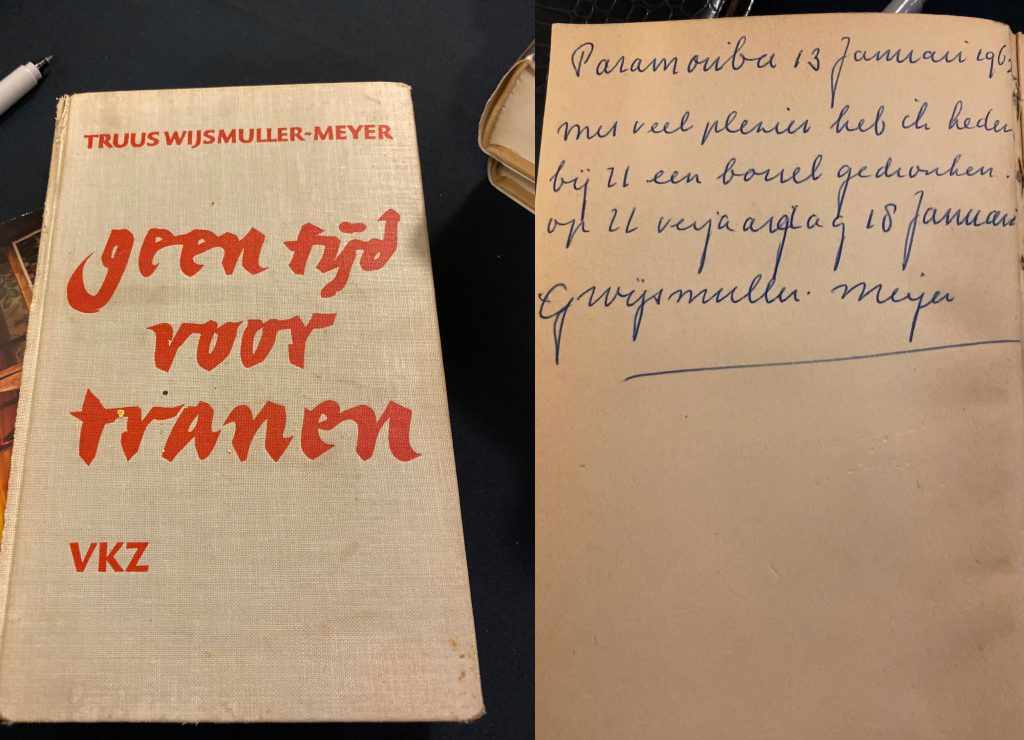 Other Books and Films 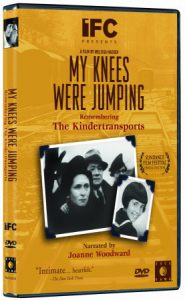 For more information on the kindertransport, try the children’s book Kindertransport by Olga Levy Drucker, Rescuing the Children by Deborah Hodge (which includes a forward by Irene Watts), and Into the Arms of Strangers by Mark Jonathan Harris and Deborah Oppenheimer, as well as the Oscar-winning documentary by the same title and the films The Children Who Cheated the Nazis and Melissa Hacker’s My Knees Were Jumping. 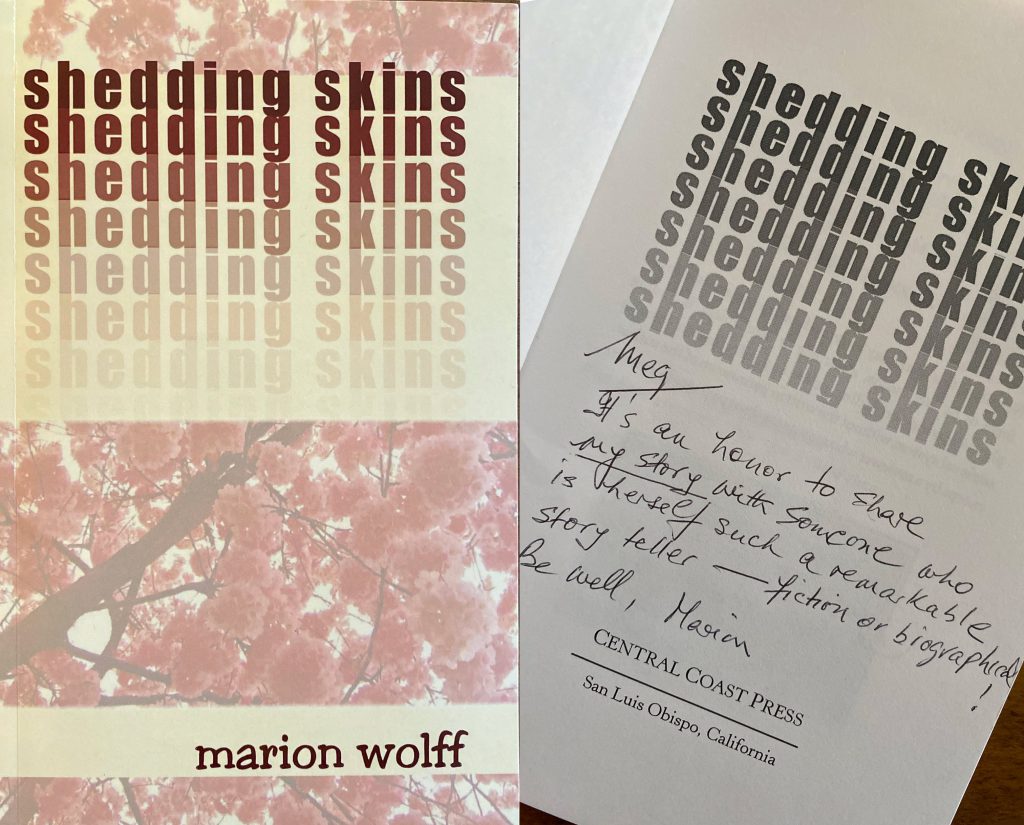 Shedding Skins, a moving collection of writings by Marion Wolff, who was #211 on the first Kindertransport from Vienna. 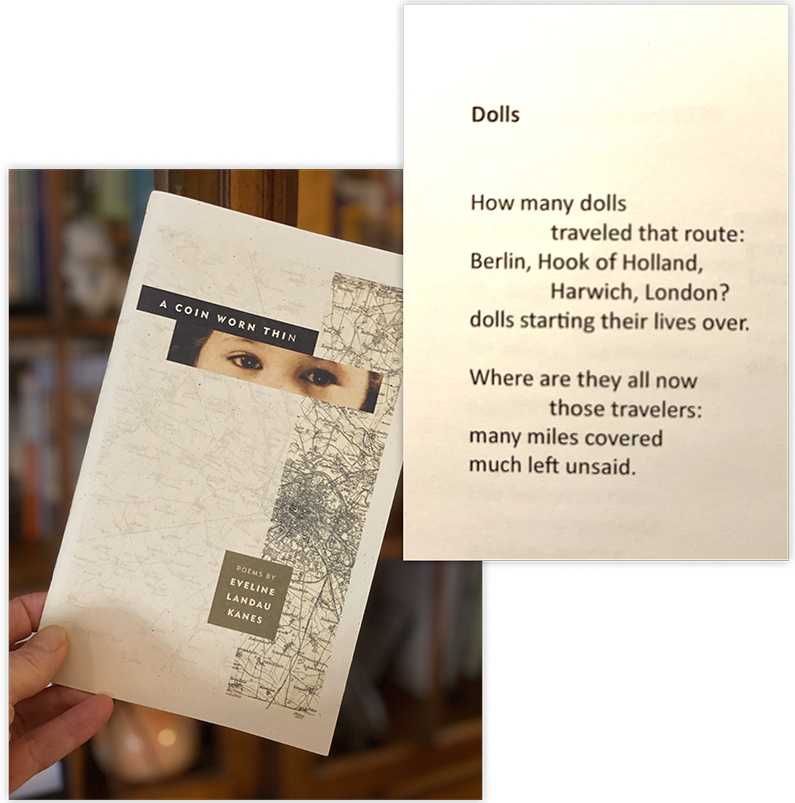 “Dolls” — shared with the permission of poet Eveline Landau Kanes, who was a Kindertransport child — from her beautiful poetry collection, A Coin Worn Thin. Her new collection, Traveling Through, comes out in September 2020. 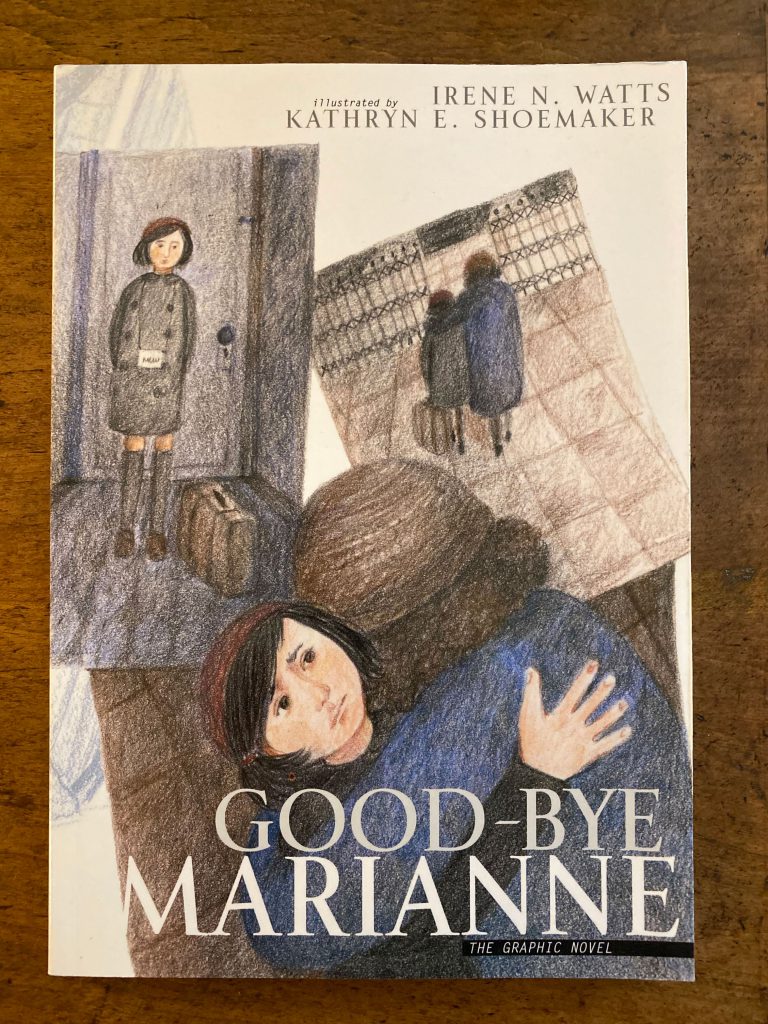 Goodbye, Marianne by Irene Watts, who has written many novels and plays

I didn’t come to the wonderful documentary film Eva’s Bag until after The Last Train to London was published. It tells the story of Eva Speelman-Kat’s escape from the Netherlands to Switzerland with her young son, Donald, during World War II. Decades later, Donald and his wife Marianne Elisabeth Speelman-Plotske were MARRIED by Truus! Here are a few photos of their wedding, just for fun, which I share with gratitude to Donald and Eva! 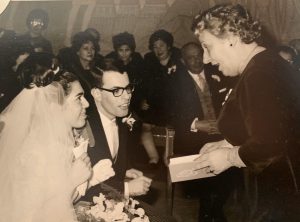 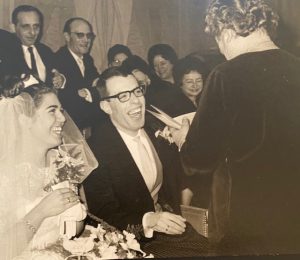 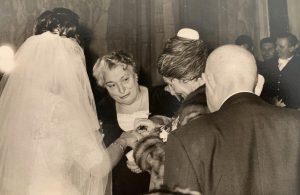