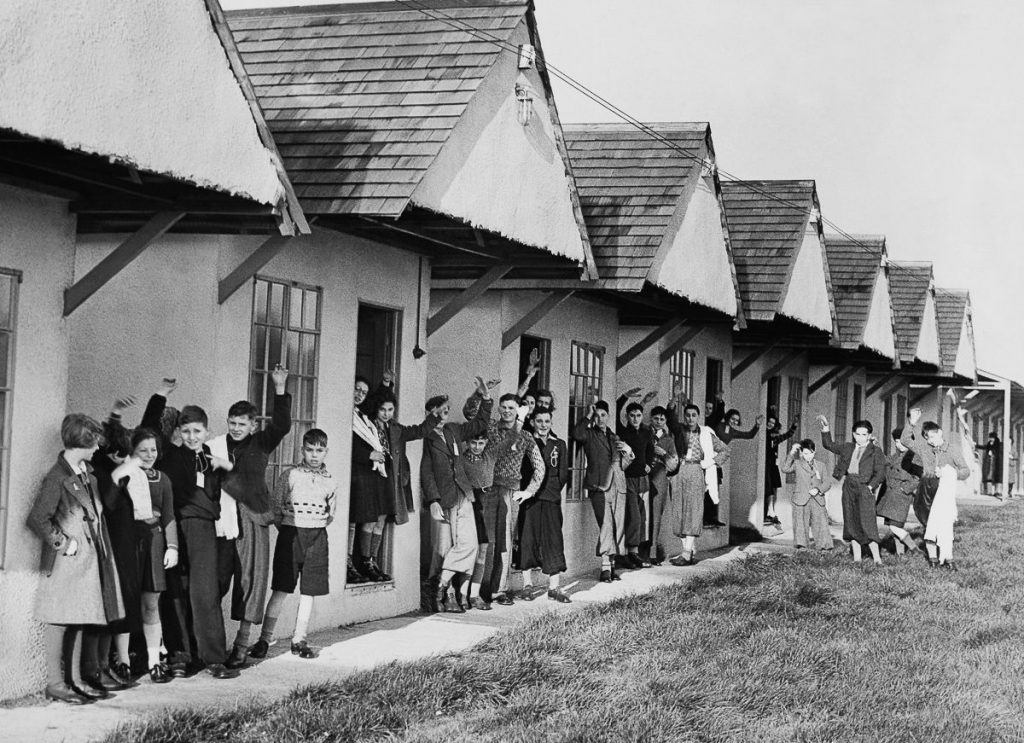 Where the Story Started

My path to writing The Last Train to London begins in May of 2007, with my 15-year-old son arriving home from our local children’s theater. One of the directors Nick worked with, Michael Litfin, had the idea that a small group of the theater kids he so loved might research and write a play about the kindertransport—an effort to get children out of Nazi hands in the year leading up to WWII. They’d just done the first of several interviews they would do with Kindertransport survivors. My son was troublingly silent, too overwhelmed to speak of what he had just learned. Much as the survivors were for most of their lives.

I’d never hear of the Kindertransport, but I began to read about the effort myself. I wanted to know about it in case Nick had questions. And I was fascinated, too. But I wasn’t yet imagining writing about it.

After Michael died unexpectedly just months later, I wanted to help the children pick up the pieces. But they were trying to put the story together themselves, and I didn’t want to intrude on their shared grieving of Michael’s death.

The children scattered to colleges. I wrote other novels.

But I remained haunted by this story. I was left trying to imagine whether, as a parent, I would be able to turn my children over to strangers, to be taken to another country where they didn’t know the language or customs, or have anyone to love them. I was left trying to imagine what it would be like for those children to leave everything they knew and loved behind.

How I Started Writing It

In the fall of 2015, I approached Pat Briggs, who’d run the theater, about letting me have a look at whatever the kids had put together.

Pat responded, “When Michael was in the hospital he asked me to keep the project going … It is a vow I want to keep.” Near the end of her own life by then, she put Michael’s story in my hands.

She contacted Brian George, and he and I rolled up our sleeves and opened the theater’s storage. We shoved around boxes until we found, finally, one that included the Kindertransport project research. Inside: recordings of interviews conducted by my son. He was, by the time I blew the dust off that box, a college graduate.

I have listened to, seen, and read many kindertransport interviews before and since. But none have moved me more than the four those kids did. I think about that often. The other interviews I found were all conducted by adults. In these, it’s the voice of my teenaged son struggling with the idea that someone even younger than he was would have to leave her family behind, perhaps never to see them again.

It is Nick’s gentle voice questioning Ellen Fletcher, a seventy-eight-year-old who’d left Berlin alone when she was ten. Her foster parents would introduce her, she told him, by saying, “This is our refugee girl.” She didn’t think they meant to shame her. But she felt very ashamed.

Nick and his friends interviewed Helga Newman, who watched Hitler enter Vienna when she was eight. She didn’t even know then that she was Jewish. They heard Elizabeth Miller, a high schooler from Nuremberg, share that her mother put a tennis dress in her suitcase because the British played tennis. Margot Lobree told them she left Frankfurt at fourteen with a suitcase packed with different-sized clothes for her to grow into. 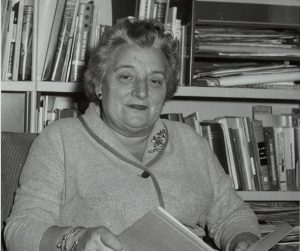 Why I Still Had Doubts

But I grew up going to catechism class while my best friend went to Hebrew school. I know how much I don’t know about being Jewish—which is enough to be daunted at the prospect of taking on this story about an effort organized largely by British Jews to rescue primarily Jewish children from the Reich.

And then I Found Truus

Then I learned of Truus Wijsmuller, a Dutchwoman and a real-life hero on the scale of Oscar Schindler of “Schindler’s List” fame. I knew by then of the man who led the Prague transports, and I went in search of anyone who might have been involved in the effort in Austria. I’m not sure where I first came upon Truus’s name. But even armed with it, I could find little about her.

Months of digging uncovered an old newspaper notice of a biography of sorts about Truus, No Time for Tears–published only in Dutch more than half a century ago. Worldcat listed just a few copies in the U.S., the closest 2,000 miles from me.

But my older son happened to be in a PhD program at a university in Boston that had one. I persuaded him to get me a pdf of twenty-nine pages—all his university’s copyright compliance rules would allow.

Let’s just say the translation was a bit of a challenge for the amazing translation team of Google Translate and me. But in those pages was a short passage about Truus’s encounter with the Nazi then in charge of Vienna: a young and ambitious, not yet infamous, Adolf Eichmann. 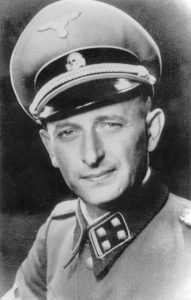 This was now a story I had to tell

As daunting as Truus was, I began to imagine perhaps I could tell this story, too, because Truus was, like me, a gentile. This story is not only a Jewish story. It’s a story in which the whole world ought to have been involved.

I contacted an old book club pal, Murielle Sark, who had moved back to the Netherlands. She had no idea who Truus was, nor did anyone she spoke with. And there were no copies of Truus’s biography to be bought even in the Netherlands.

Murielle managed to get her library to borrow a copy from another Dutch library, and she copied it on an old-fashioned photocopy machine. I did the Google Translate thing again—for the whole book this time, with Murielle’s translation help now when I needed it.

I am so glad to know of this extraordinary woman, and to do whatever I can to share her story with the world.

But it was through children that I came to the story—four girls whose parents handed them over to the care of strangers, and the son of mine they would open up to a lifetime later, his gentle questions somehow allowing them to share stories that they said were so hard to speak aloud. 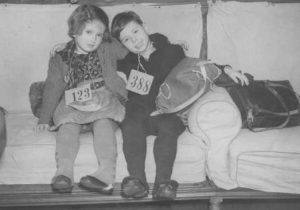 In one of the interviews, Ellen Fletcher says that no child under four was allowed to be taken, but that parents would hide babies in boxes or baskets and shove them on a train at the last minute. The book itself began for me with that image: a mother setting her baby in a basket on a train. It began as I listened to that recording of my own child learning, before I could help him understand it, this thing that is impossible to explain: that we allow such things to happen.

The Last Train to London is Truus’s story, and that of the children and their families. But as I wrote it, I held in my heart the silence of my own son in that moment before he first told me of the kindertransports. I hope it does them all justice, and that it will inspire readers as surely as they all have inspired me.