About Meg: the author bio 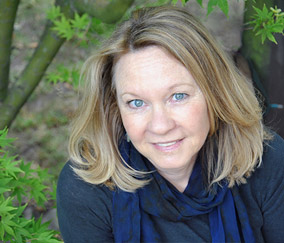 Her international bestseller and National Jewish Book Award finalist The Last Train to London is published or forthcoming in 20 languages. Her screenplay for that novel was chosen for the prestigious Meryl Streep- and Nicole Kidman-sponsored The Writers Lab.

Meg’s prior novels include the #1 Amazon fiction bestseller Beautiful Exiles; the Langum Prize honored The Race for Paris; The Wednesday Sisters, named one of Entertainment Weekly’s 25 Essential Best Friend Novels of all time (on a list with The Three Musketeers!); and The Language of Light, a finalist for the PEN/Bellwether Prize for Socially Engaged Fiction. She has written more than 100 shorter pieces for the Los Angeles Times, The New York Times, The Washington Post, Runner’s World, and public radio, often on the particular challenges women face. She mentors for the OpEd Project and is a member of the National Book Critics Circle and the California bar.

For me, being a novelist meant being able to leap tall literary buildings in a single bound, so I went off to the University of Michigan thinking I would become a doctor, and emerged as a corporate lawyer in a tidy blue suit. I was thirty-two by the time I worked up the nerve to give writing a serious try, and pregnant with my second son, who was eleven when my first novel was published. Writing, I’ve discovered, is a lot harder than it looks.

Along the way, I wrote short stories and essays. I had great luck on the first piece I ever published, an essay called “What the Medal Means,” which sold quickly to the only publication I could imagine it in: Runner’s World. My fiction was slower going, though. I sent stories out again and again, revising each time until they did finally start appearing in publications like Shenandoah, The Virginia Quarterly Review, and The Literary Review.

My fiction is not closely autobiographical, but I do draw heavily from my emotions and experiences as I write. Have a look at my Book Groups pages for details, but suffice it to say here that I’m blessed with remarkable friends who are forever helping me refill my emotional well, especially Jennifer Belt DuChene (my law school roommate and closest friends in the world), my Tuesday sister and fellow novelist, Brenda Rickman Vantrease, and my Tuesday brother and husband, Mac Clayton. Like Betts from The Ms. Bradwells, I miss sitting on that ratty old couch on our law school house porch with friends who, like The Wednesday Daughters, have known me since before I knew myself. My writing is certainly an homage to their love.

As much as I enjoyed practicing law, my dream since I was a child was to be a novelist. I feel incredibly grateful to be able to call myself one. Thanks to all of you who, in giving a little of your busy lives to follow my characters, allow me the pleasure of this life. – Meg

There is nothing I would not do for those who are really my friends. I have no notion of loving people by halves, it is not my nature. — Jane Austen

Friendship is born at that moment when one person says to another: “What! You too? I thought I was the only one. “— C.S. Lewis

Good friends, good books, and a sleepy conscience: this is the ideal life. — Mark Twain

And three from A.A. Milne:

Piglet sidled up to Pooh from behind. “Pooh?” he whispered.
“Yes, Piglet?”
“Nothing,” said Piglet, taking Pooh’s hand. “I just wanted to be sure of you.”

To Kill a Mockingbird by Harper Lee
Middlemarch by George Eliot
Pride and Prejudice by Jane Austen
The Great Gatsby by F. Scott Fitzgerald
War and Peace by Leo Tolstoy
The Catcher in the Rye by J.D. Salinger
Excellent Women by Barbara Pym
The Heart of the Matter by Graham Greene
The Grapes of Wrath by John Steinbeck
Murder on the Orient Express by Agatha Christie