Barbara Walters broke the glass so many times in her career that she must have a damn solid head. She has said that when she started in broadcasting, she would have to wait until her male colleagues had their say before wading in herself. And speaking of wading, she once modeled a swimsuit, subbing in for a no-show model. I suppose her retirement is well-deserved, but she will be missed! Some of my favorite quotes from this amazingly spunky trailblazer, whom I so admire:
“Don’t confuse being stimulating with being blunt.” 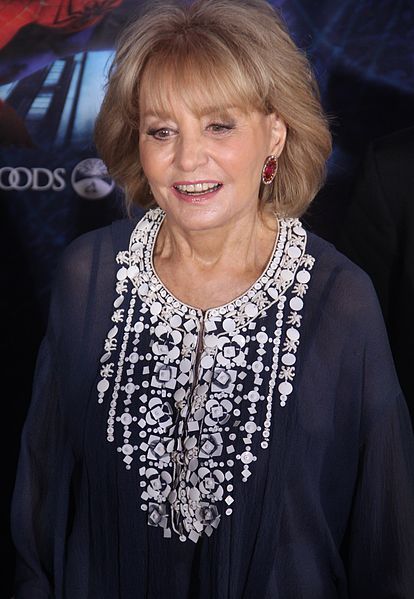 “Deep breaths are very helpful at shallow parties.”
“The world may be full of fourth-rate writers but it’s also full of fourth-rate readers.”
“If it’s a woman, it’s caustic; if it’s a man, it’s authoritative.”
“Show me someone who never gossips, and I will show you someone who is not interested in people.”
“To feel valued, to know, even if only once in a while, that you can do a job well is an absolutely marvelous feeling.”
“I can get a better grasp of what is going on in the world from one good Washington dinner party than from all the background information NBC piles on my desk.”
“I was the kind nobody thought could make it. I had a funny Boston accent. I couldn’t pronounce my R’s. I wasn’t a beauty.”
– Meg
Edit: one bonus quote, because I can’t resist:
“One may walk over the highest mountain one step at a time.”